by My Little Mascara Club

French. Dutch. Fishtail. What do all these have in common? If you guessed that they’re nationalities, that’s not QUITE right. Fishtail would be interesting…Now, if you guessed braids, you would be correct. And they are all pretty difficult braids, at that. 🙃

We’ve all tried to attempt a french braid at one point or another, and from there, some of us have probably never tried again. But not to fear, Cece Giglio, beauty YouTuber, has shared a tutorial just for beginners! 🤯

If you are one of the ladies that has never even attempted a braid altogether, here are the basics. From the nape of your neck, split all your hair into three sections and cross one outer end – either right or left (it doesn’t matter which is first) over the middle section. The middle section naturally will take over the outer end spot that was empty after the crossing process.

We understand that if that sounds complicated, you’re probably very apprehensive at what is to come with the french braid.

BUT, we really feel like Cece broke it down for us to the simplest explanations possible.

To start it off, we want to use a comb to part our hair wherever we choose. Or if you want to do just one, then skip this step. Cece did two braids, with a part down the middle so she tied off one side to make it easier when working on the other. As much as us ladies are good at multitasking, it would be impossible to french braid both sides at once.

Next, we are going to section off a little triangle at the front of whichever side you are starting on and from there section it into three pieces. From here you are going to braid the first two cross-overs normal.

However, after those initial two, you need to start adding hair to the outer edges to create the french braid look. Cece suggests adding more hair to the each outer edge immediately after you cross it over, so you don’t forget to add to it when you get back to it from the other side.

If you’re reading this and just as confused as you were before, check out Cece’s video for a more hands-on visual approach. She encourages that just a little practice on french braids and it will be your go-to hairstyle!

Whether it’s your first attempt and you nailed it, or it takes a couple tries to get any resemblance to a french braid, share some pictures of it with us you french braid foxies! 😍

Meet the little mascara everyone is subscribing to, exclusively at My Little Mascara Club. Seriously smudge proof, packed with clean ingredients, and just the right size for you to always have a fresh, clump-free mascara. Delivered! 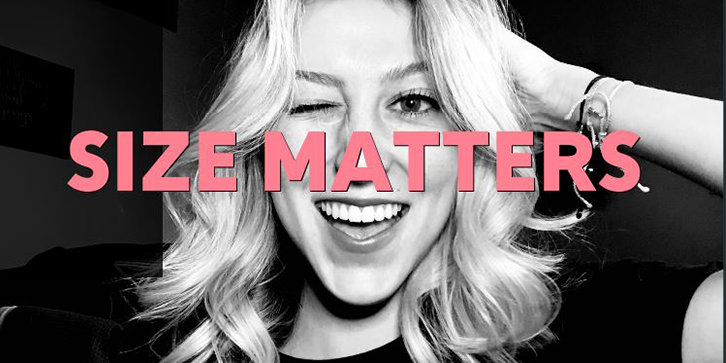